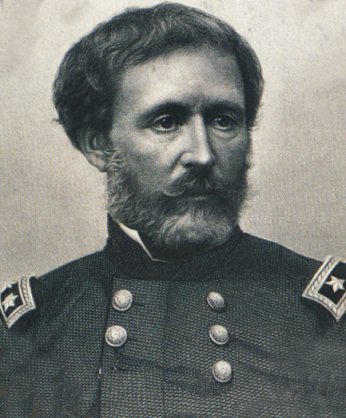 A student with a strength in languages and mathematics, he entered classes at Charleston college in 1828, where he was an excellent student but deficient in class attendance.  It was due to this frequent absence that, in his senior year,  he was finally expelled for failure to comply to the rules of the school.  A few years later the decision was revised and he was granted a degrees of Bachelor and Master of Arts.

After his departure from college he was able to secure a position as a teacher on board the U.S.S. Natchez, a sloop of war traveling to South America.  When the cruise was over Fremont returned to Charleston where he applied for a commission which he received and then declined the appointment.

An opportunity has been offered to go under Captain W.G. Williams of the U.S. Topographical Corps, as one of the assistant engineers on surveys to be made for a projected railway from Charleston to Cincinnati.  Having accepted the position he worked in the mountains of South Carolina and Tennesse for a summer.  This was to be followed by a winter survey under Captain Williams of the territory occupied by the Cherokees in the North Carolina mountains.

In 1838 the Cherokee survey was over and Fremont returned home to find that his friend, Mr. Poinsett was now Secretary of War, and at his request, Fremont was appointed by President VanBuren to the position of second lieutenant in the US Topographical Corps and ordered to Washington.

It was during this time that a distinguished French savant had returned from a geographical exploration of the country around the source of the Mississippi.  His results gained recognition and he was engaged to make a complete examination of the region between the Mississippi and Missouri Rivers, as far north as the British line.  It was to this survey party that Fremont found himself attached.  He joined Mr. Nicollet at St. Louis where they were aided by officers of the Fur Company in assembling a party that would be engaged in the next two years in the isolated regions of the Mississippi .  At the completion of the mission the primary individuals returned to Washington to compile the data they had gathered.

While working in Washington the question of the Oregon country started to get attention.  It was during this time that John Fremont met Senator Thomas Hart Benton.  The relationship with the father led to an association with the daughter, Jessie Benton, who he married on October 19, 1841.  She, throughout their married life, was his greatest admirer and supporter.

The Oregon country was a topic of heated discussion for several years before pressure from Senators Linn and Benton resulted in an expedition to the Rocky Mountains.  John Charles Fremont was selected as head of the expedition and he in turn picked twenty-one men, principally Creole and Canadian voyageurs, who had become familiar with prairie life in the service of the fur companies in the Indian country.  Mr. Charles Preuss, a native of Germany, was chosen as assistant in the topographical part of the survey.  Lucien Maxwell was engaged as hunter and Kit Carson as the guide.  In addition, Henry Brant, son of Colonel J.B. Brant of St. Louis, a man of nineteen years of age, and Randolph, a lively boy of twelve, son of Mr. Benton, accompanied the expedition for the "development of mind and body which such an expedition would give."  The expedition departed May 10, 1842  and did not return until October of the same year.  With the relative success of the first expedition completed plans were made for a second expedition.  Many of the same men were engaged for the second expedition which intersected, at times, with the emigration headed west that year.  The route took them to the Pacific Northwest.  In November of that year the party headed over the Sierra Nevadas where they almost met their death from starvation in the snow. After reaching their destination they regained their strength and began the return trip home, arriving in St. Louis in August 1844, after an absence of fourteen moths.

Almost before the second expedition was concluded, plans were already being made for a third expedition.  Men were hired, supplies gathered and on the second of August 1845 the party reached Bent's Fort, on the Arkansas River.  This was to be their point of departure.  The party that left on the sixteenth consisted of some sixty men with Mr. Fitzpatrick as a guide.  The destination was to be Sutter's Fort.  The adventures of this expedition were many.  It concluded in 1846.  There were several more expeditions by Fremont that were done at his own expense.

Over the next few years Fremont became weathly in the California gold rush, served as senator when that state was admitted, and was an outspoken opponent of slavery.  In 1853 Fremont and his wife were living in Paris enjoying some well earned leisure and rest.  By 1855-56 Fremont was back in the east, working to fix his collection of daguerre pictures into more permanent pictures.  He was chosen as a candidate for the 1856 presidential election by the Republicans and vilified by the Democrats.  Abraham Lincoln won the presidency.

With the outbreak of the Civil War, Fremont offered his services to the Army and was given the rank of major general.  The position was granted largely in consideration for his previous services and was short lived due to his lack of tactical experience and his conflicts with powerful political families.  Upon his return to California he found that his investments had been poorly managed and that he was financially ruined. He served a three year period as Governor of Arizona and then turned to writing his memoirs in the hopes of improving his financial position.

Fremont in his later years struggled with ill health and slowly slipped into poverty.  In April 1890 Congress restored him to the rank of major general, and with it a pension of $6,000 a year.  The hope of a better life slipped away from him on a trip to New York, where he developed peritonitis and died in his hotel room, attended by his son and a physician.